This article is Part 2 in a 2-Part Series.

It has been a little bit long time since my last post for this series. My apologize for the late update.

Following my original plan, the 2nd post in this series should be an introduction of I/O models followed by recap of c10k problem, and after that we will explore some of well-used frameworks/products based on different programming languages and take a closer look at the details from implementation perspective. Recently, I was invited to give a presentation on the topic of libev based event-loop in our team, the survey result seems many programers know about c10k and I/O models. This change my mind on the posts order, so we see this topic comes here. The content in this post is more suitable to the audiences who already have the backgroud knowledge of Linux system I/O models(Blocking, Non-Blocking, Sync and Async), reactor pattern and know about libev and libeio. If you have system programming experiences, that would be better. 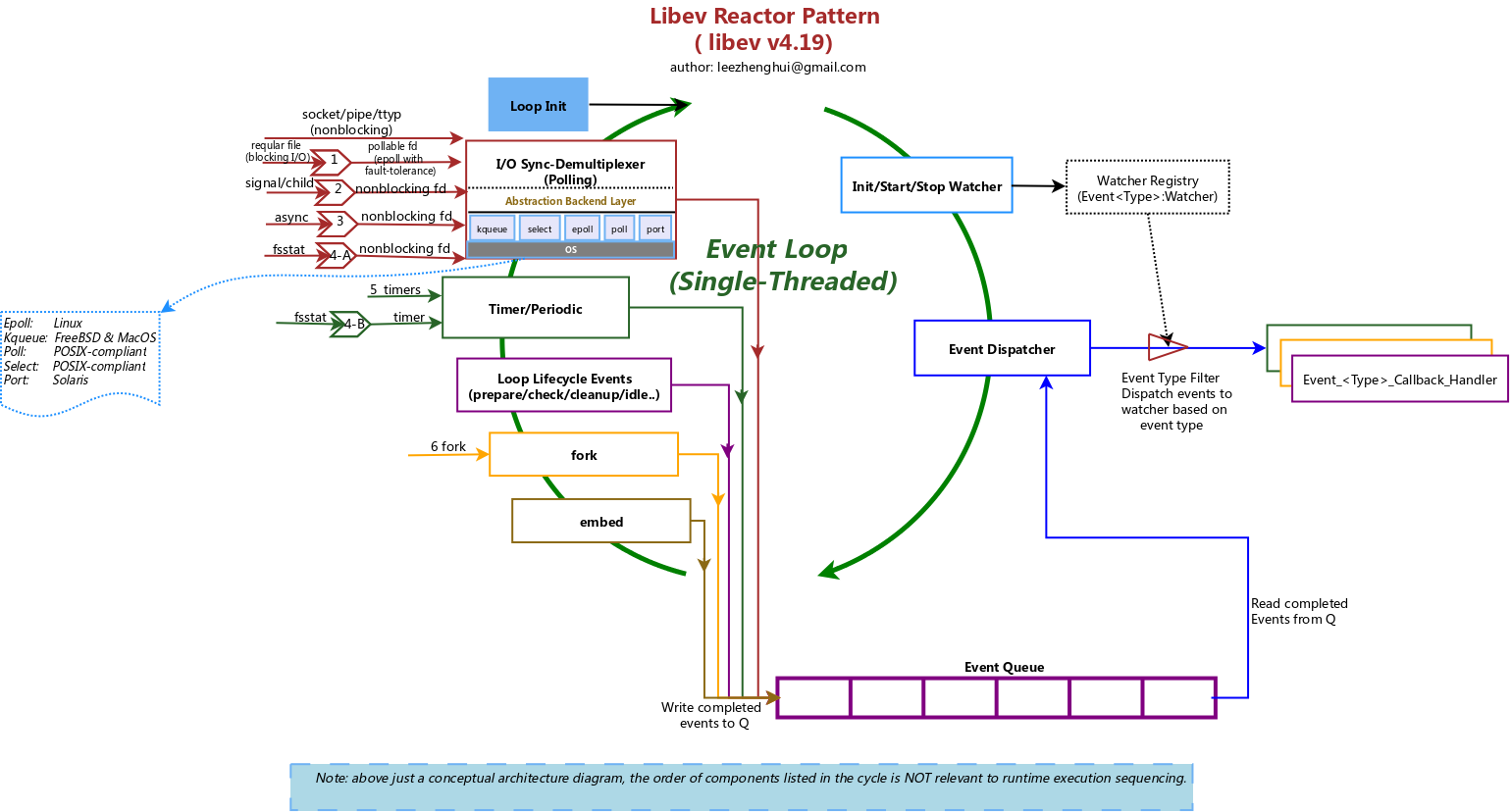 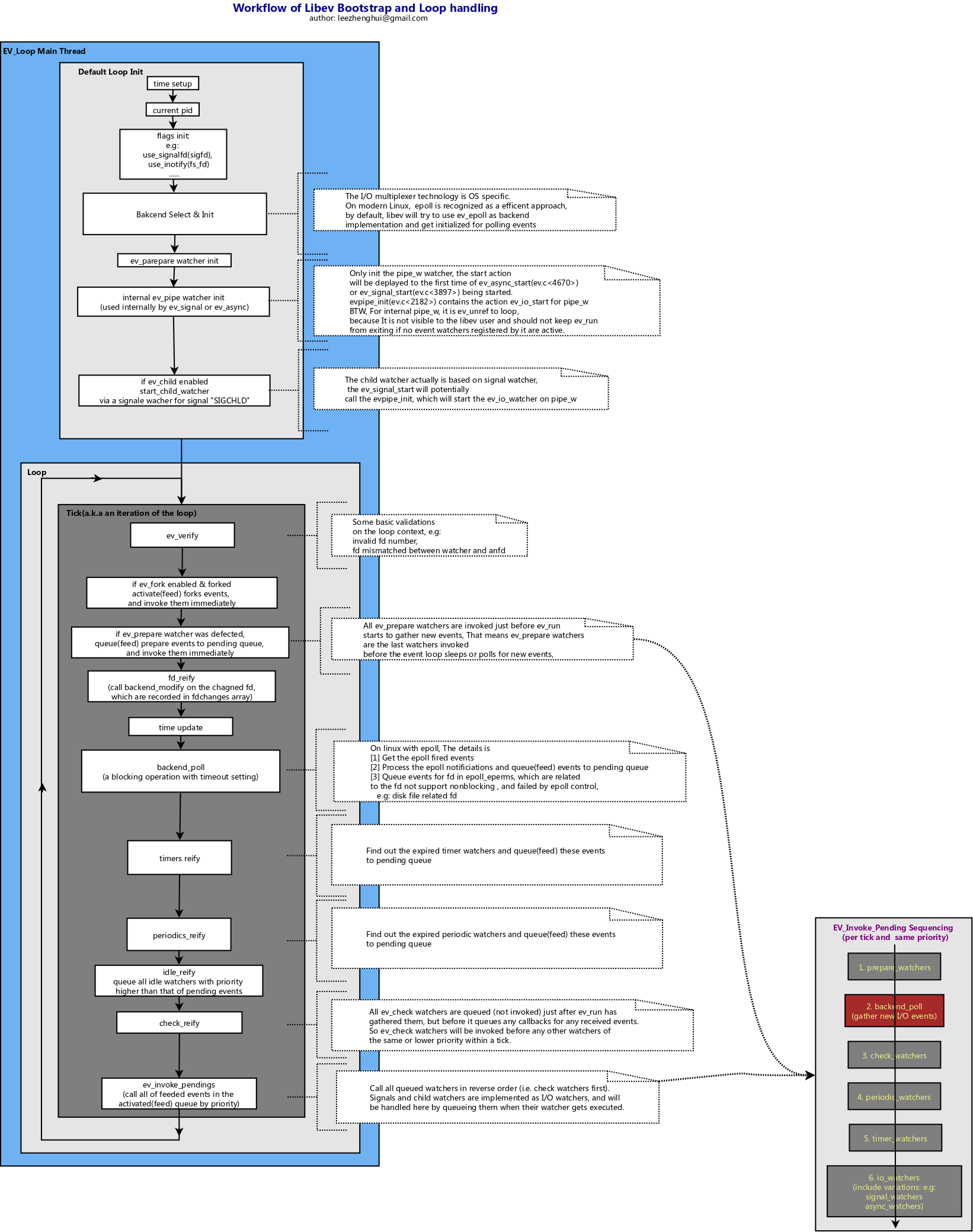 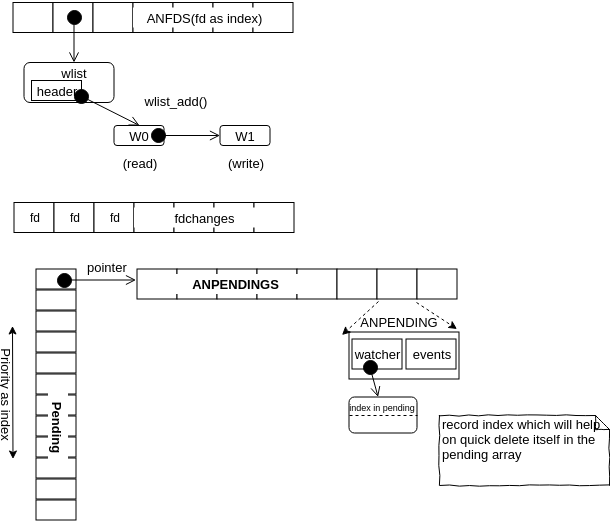 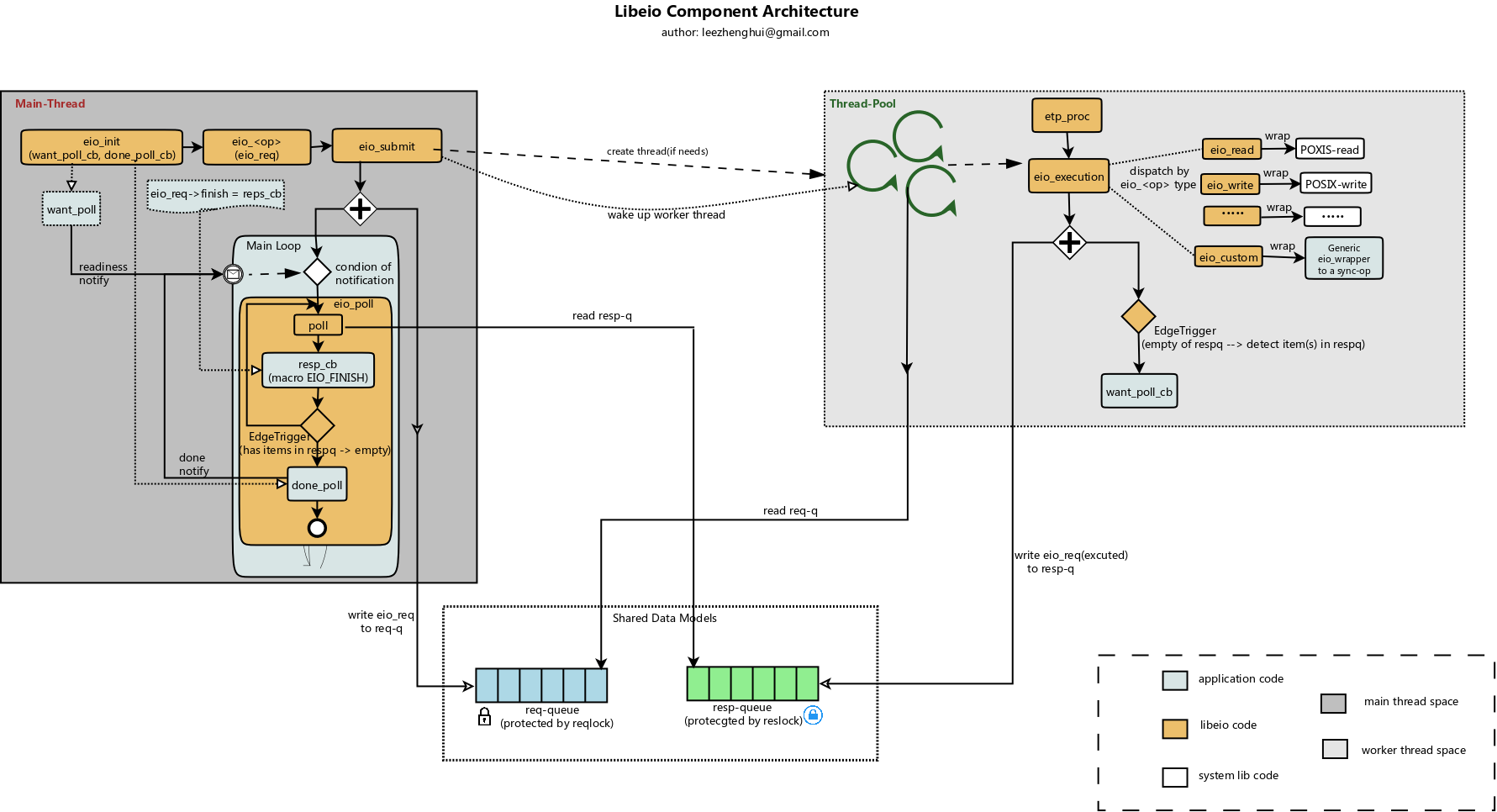 POSIX.AIO provides an asynchronous I/O interface implemented as part of glibc. It achieves this via using userland thread pool internally. But seems it is not good enough. If using callback function as completion notifiction, POSIX.AIO will spawn a new thread to do the callback. Imaging in a high concurrency case, each callback function contains a long running logic, this design will draw us back to request-per-thread mode. On the contrary, Libeio is implemented in the polling natural design. As you can see above, the callback function is executed in the original thread, instead of the thread spwaned by libeio, in such way, libeio can fully control the thread pool size and lifecycle.

BTW, besides callback notification, POSIX.AIO also supports signal notificaiton, but that also have some problems, if you are interested in this topic, please refer to link for more details.

Integration of Libev and Libeio

Notable, Libev is running on epoll backend in level-triggered mode. But the workflows described below actually are intented to adopt to epoll technology with edge-triggered mode.

This article is Part 2 in a 2-Part Series.